Alternative Measures to prison: a necessity for the EU-LAC cooperation in times of COVID-19 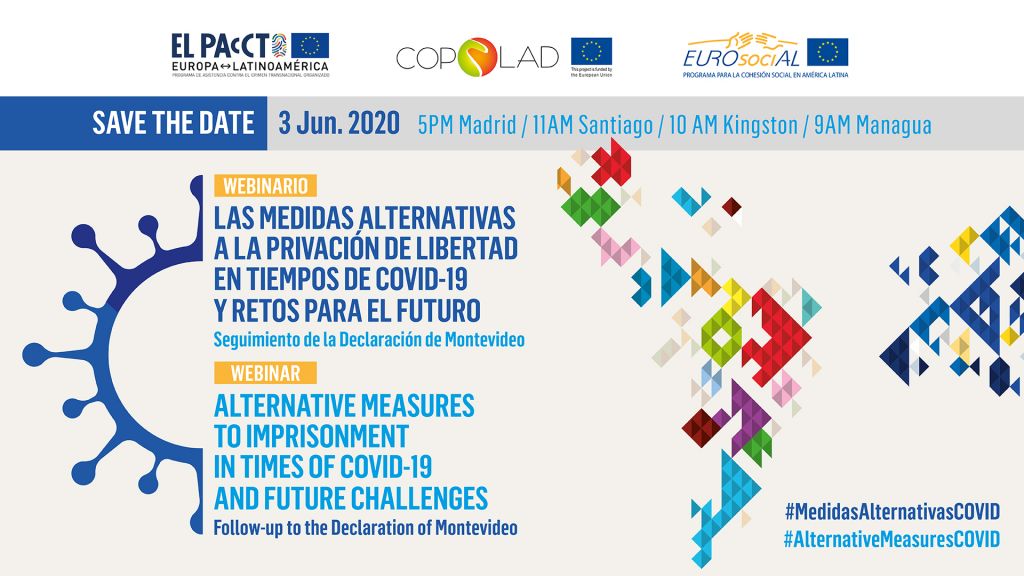 On 3 June, the European Union (EU) programmes, EL PAcCTO, EUROsociAL+ and COPOLAD II, organise a webinar to share experiences between Latin America, the Caribbean and the EU, on the use of alternative measures to imprisonment during the pandemic. The aim is also to analyse the challenges ahead, and how these alternative measures are essential to strengthen the fight against organised crime, social cohesion and respect for human rights.

This webinar is a follow-up to the Montevideo Declaration adopted by 150 representatives from more than 30 countries in Latin America, the Caribbean and the EU, last September 2019 in Montevideo, Uruguay, during the Bi-regional Conference on Alternative Measures to the Deprivation of Liberty organized by EL PAcCTO, EUROsociAL+ and COPOLAD II.

The Declaration called for the development of a more systematic use of alternative measures to deprivation of liberty for the most minor crimes and persons who do not represent a danger to the community, with special emphasis on vulnerable populations (such as women or persons related to drug problematic uses or trafficking) imprisoned due to minor crimes.

During that conference, several studies on the subject were presented. On the one hand, a "Catalogue of alternative measures to custodial sentences" which summarizes the main tools applied in the different Latin American countries, and which also shows that prison cannot be the only solution for dealing with crime, since numerous international studies indicate that it is transformed into a school of crime. On the other hand, the publication "Gender perspective and alternatives to prison sentences: strategies to improve the processes of insertion and abandonment of women's crime" was presented, which deals with the specific case of women deprived of their liberty, without forgetting the possible extension of alternative measures to other groups that are in a situation of vulnerability. The organising programmes have taken into consideration both inputs and the national and international level, which gave context to that meeting, as well as the new publications produced by the relevant institutions working in this issue.

During this time, both the inputs produced at the national and international levels, which served as a context for that meeting, and the editorial new releases by the various relevant international organizations in the field, which gives continuity to the agreements reached there.

The Webinar, which will take place on 3 June, is aimed at senior representatives of the prison systems, judicial powers, public ministries and ombudsmen's offices of Latin America, the Caribbean and the European Union.

The main objective is to focus on the alternative measures that have been developed during these months of the COVID-19 crisis in the two regions and to analyse how an effective, stable and lasting system can be created for the future application of these measures.

The most appropriate communication and awareness strategies will also be addressed to spread the positive effects of applying alternative measures.

The Head of Unit of the European Commission's Directorate-General for International Cooperation and Development, Jorge de la Caballería, will open the virtual seminar together with representatives of the three regional programmes that are organising it.

The Webinar is divided into three blocks:

An overview of the current situation in the American Hemisphere, by Adam Namm, Executive Secretary of the Inter-American Drug Abuse Control Commission of the Organization of American States (CICAD/OAS)

A panel on Alternative Measures to Deprivation of Liberty in the Emergency by COVID-19. This panel will count with:

A panel on The paradigm shift in prisons in post-COVID times. With the intervention of:

The closing ceremony will be attended by Anna Terrón, Director of the International and Ibero-American Foundation for Administration and Public Policies (FIIAPP), Hervé Conan, Deputy Director General of Expertise France (EF), Antonella Cavallari, Secretary General of the Italo-Latin American International Organization (IILA) and the Head of Unit of the European Commission's Directorate General for International Cooperation and Development, Jorge de la Caballería.

The situation of prisons in Latin America during the health emergency

The worrying situation of overcrowding and poor prison conditions in some Latin American and Caribbean prisons has been compounded by the expansion of COVID-19. The impossibility of social distancing and the precariousness of the health systems inside the prisons increase the possibilities of contagion among the population deprived of liberty.

Furthermore, the tension generated by this situation has been reflected in riots that have taken place in recent weeks in some prisons in several European and Latin American countries such as Colombia, Peru, Argentina, Venezuela, Brazil, France and Italy.

Organized criminal groups are taking advantage of this situation to organize riots and thus expand their power in prisons and obtain benefits for their leaders.

On the other hand, persons deprived of their liberty are one of the most vulnerable groups in society, especially in particular situations such as the current pandemic. Social distancing, applied in general to avoid contagion, is impossible in a prison institution, even more so when it is overcrowded.

EL PAcCTO, EUROsociAL+ and COPOLAD II advocate addressing the issue of alternative measures to the deprivation of liberty, which could prevent overcrowding and therefore avoid conflict situations, promote the effective fight against organized crime and guarantee human rights during and after the pandemic. 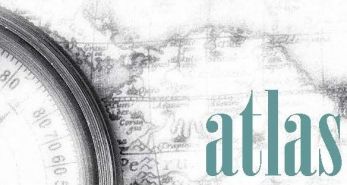 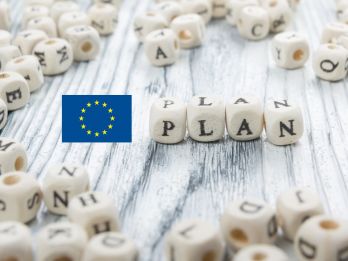